Homemade cinnamon rolls can be an incredible dessert, breakfast, or snack, but beyond that, cinnamon filled center and fluffy breading is a cinnamon roll icing that holds it all together. There are many different options for topping a cinnamon roll, but a buttercream frosting or powdered sugar glaze are two of the more common preferences.

I think we can all agree that the cinnamon roll icing is what holds a good roll together. A plain cinnamon roll may be ooey-gooey and delicious, but without the frosting on top, it would seem like something is missing. With this recipe only needing 4 simple ingredients, there’s no excuse for a naked cinnamon roll.

This cinnamon roll icing is incredibly easy to make and super delicious to eat! You may even find that you enjoy it so much that you branch off from the traditional cinnamon roll use and find new ways to enjoy this cinnamon roll frosting! For example, using it as a dip for monkey bread bites, or as a homemade donut glaze!

Exact measurements can be found in the printable recipe card below. This recipe is perfect for doubling or even tripling!

How to make Cinnamon Roll Icing

In a large bowl, cream your butter until it’s smooth.

Generously pour the icing over fresh warm cinnamon rolls. I like to allow my cinnamon rolls to cool for 5 minutes or so before icing them, that way the icing stays on top and doesn’t just melt down the sides.

How long will the icing last?

If stored correctly in an airtight container in the fridge, you can expect this frosting to last up to 2 weeks.

Can you make this icing without milk?

If you don’t have any milk handy, you can substitute for water. You could even use liquid coffee creamer, half and half, or another similar liquid, although anything flavored will undoubtedly change the flavor of this icing.

If you loved what you saw here, get more of it on TikTok, Facebook, Instagram & Pinterest! I’d love to connect! Sign up for my weekly newsletter below to never miss a new recipe again!

Pair your Cinnamon Roll Icing with: 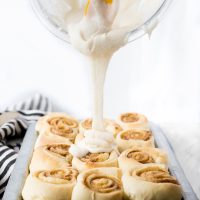 Shop My Favorite Kitchen Tools For This Recipe 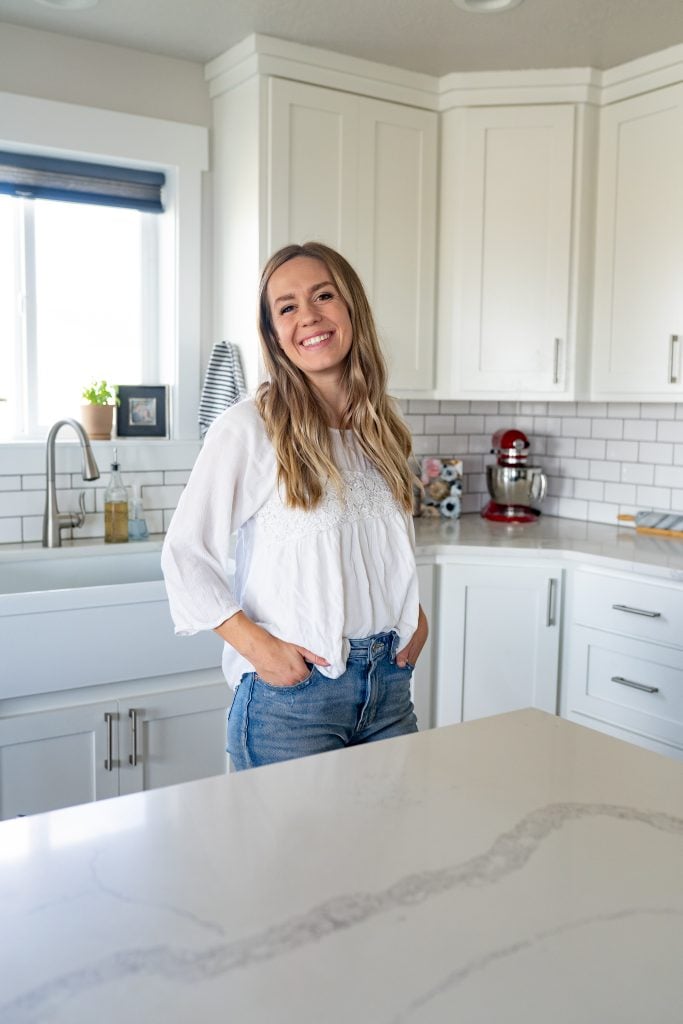