Cinnamon Knots are a sweet bread tied in a knot covered in cinnamon and sugar served with vanilla icing. Perfect for an appetizer, snack or dessert. 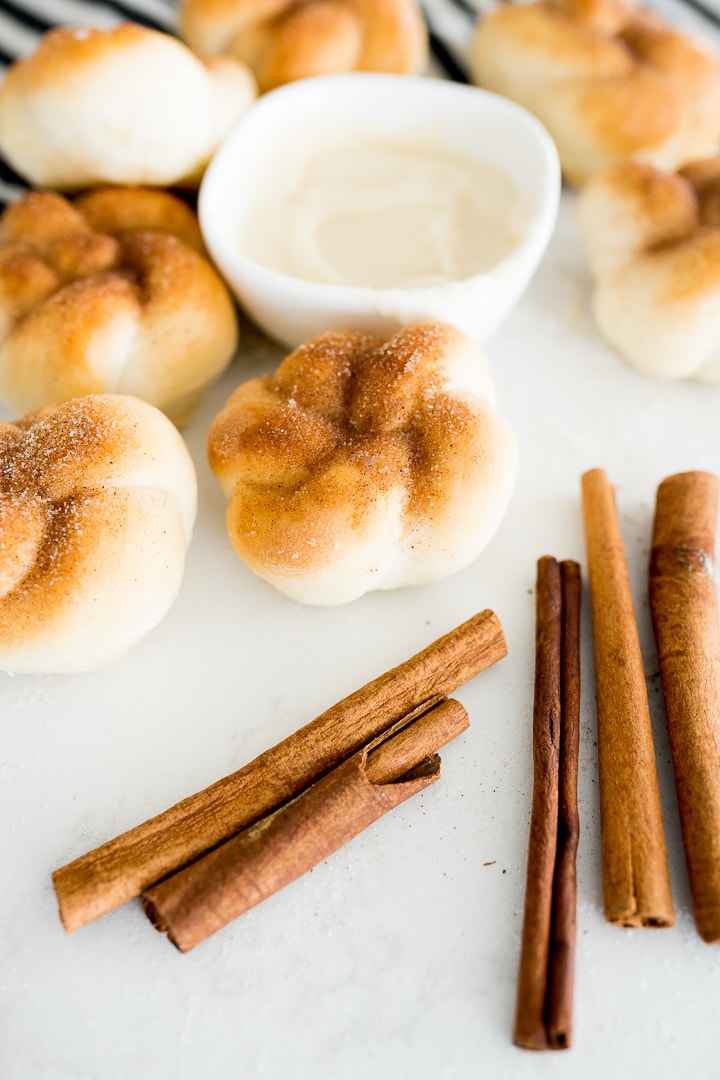 Cinnamon knots are a treat that is easy to make and looks as great as they taste. Serving them as a nice sweet snack, dessert or even an appetizer can easily get you the approval from everybody that you share them with (if you decide to share them!)

This easy cinnamon knots recipe is a great yeast dough recipe that doesn’t require much effort and with help of the Instant Pot it can be made fairly quickly as well. Don’t worry, I’ll have instructions for if you don’t have an Instant Pot, as well.

If you are a yeast bread fan (like I obviously am 😉 ) definitely check out my Garlic Knots, Homemade Soft Pretzels, Cinnamon Rolls and French Bread Recipe. 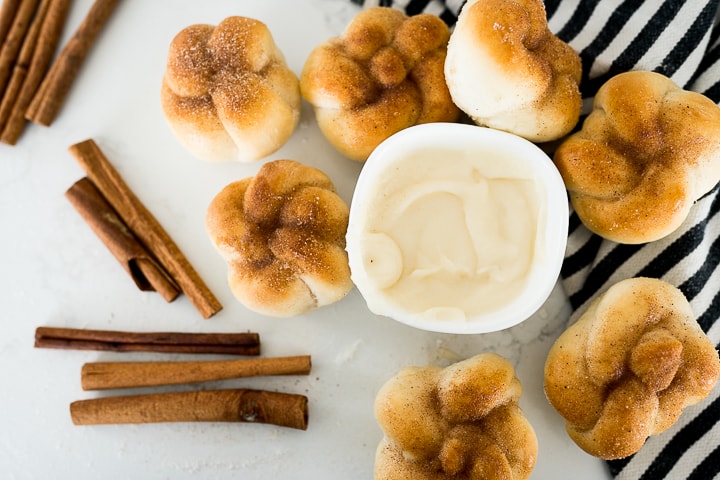 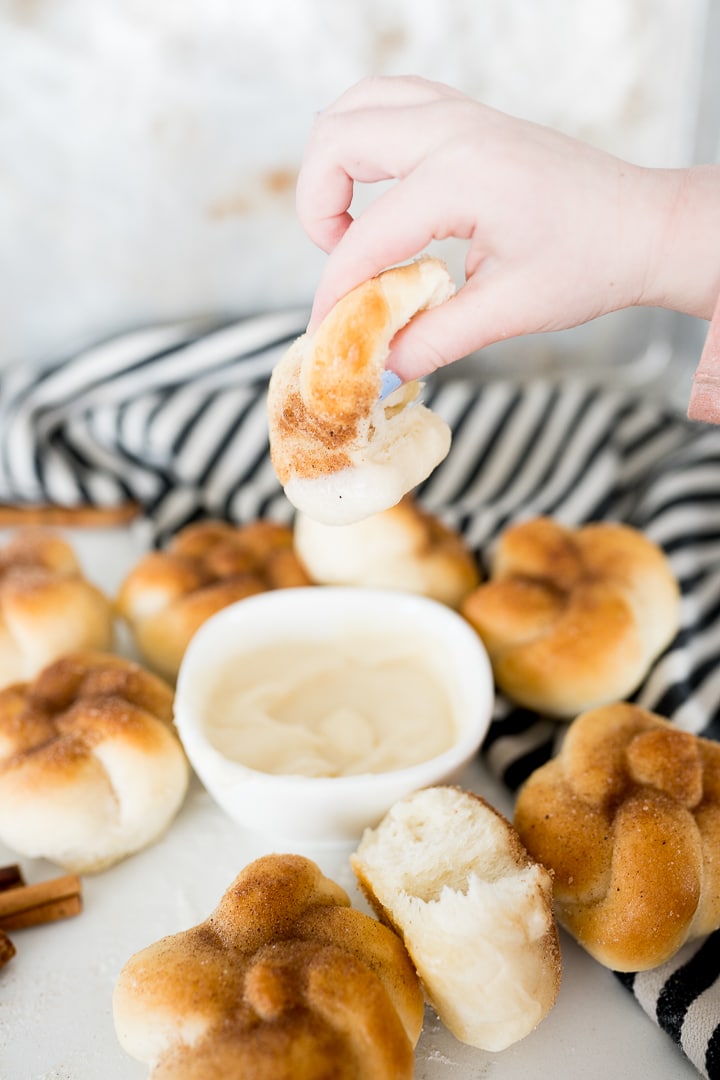 How to Make Cinnamon Knots

Making Cinnamon Knots really shouldn’t be anything that intimidates you. The dough comes together easily, and honestly is the best dough in the world to work with. The texture and elasticity are just magical.

I would definitely recommend using a stand mixer of some sort while making this recipe if you can, if not, feel free to skip the gym for a few days. 😉 You can stir everything with a wooden spoon and then knead by hand.

You can find step by step directions on how to make the dough in the recipe card below. Here, I’d like to talk more about shaping those knots!!

How to tie dough into a knot

First it is important to divide your dough into even portions to make consistent rolls. 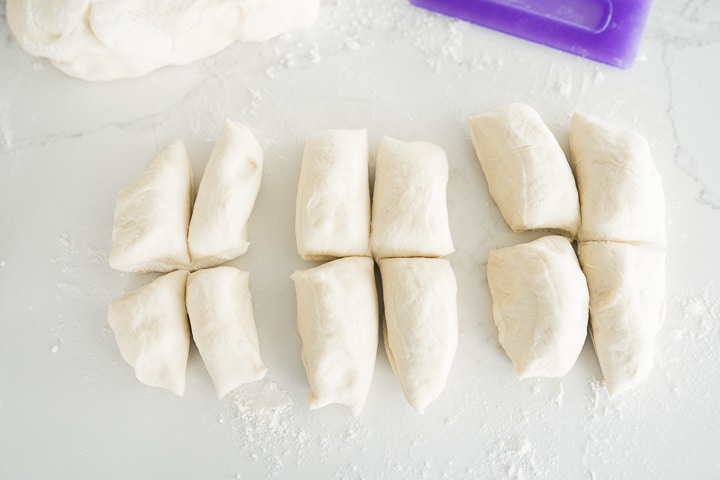 Once you have your dough pieces cut equally, one at a time, roll into a nice long rope.

Create a ‘U’ shape and then cross the top, like pictured below. 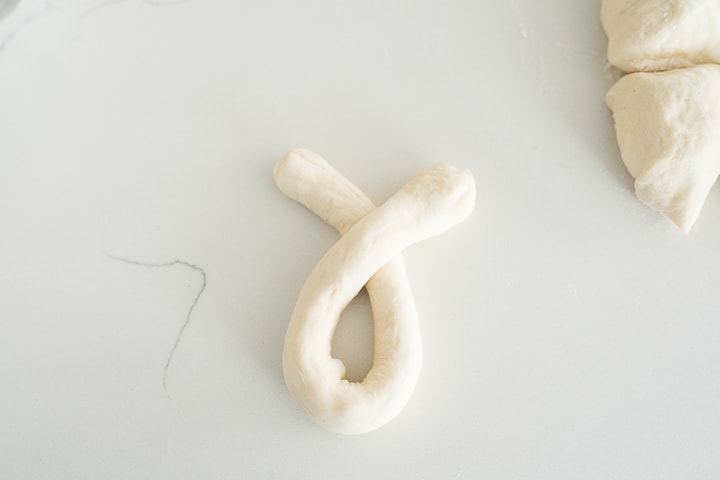 The piece of dough that is on top will then fold back and under coming through the center hole, tying a knot. Then take the ends and tuck them into the center, where the ends naturally want to go, like shown in the photo below.

Repeat with the remaining dough. 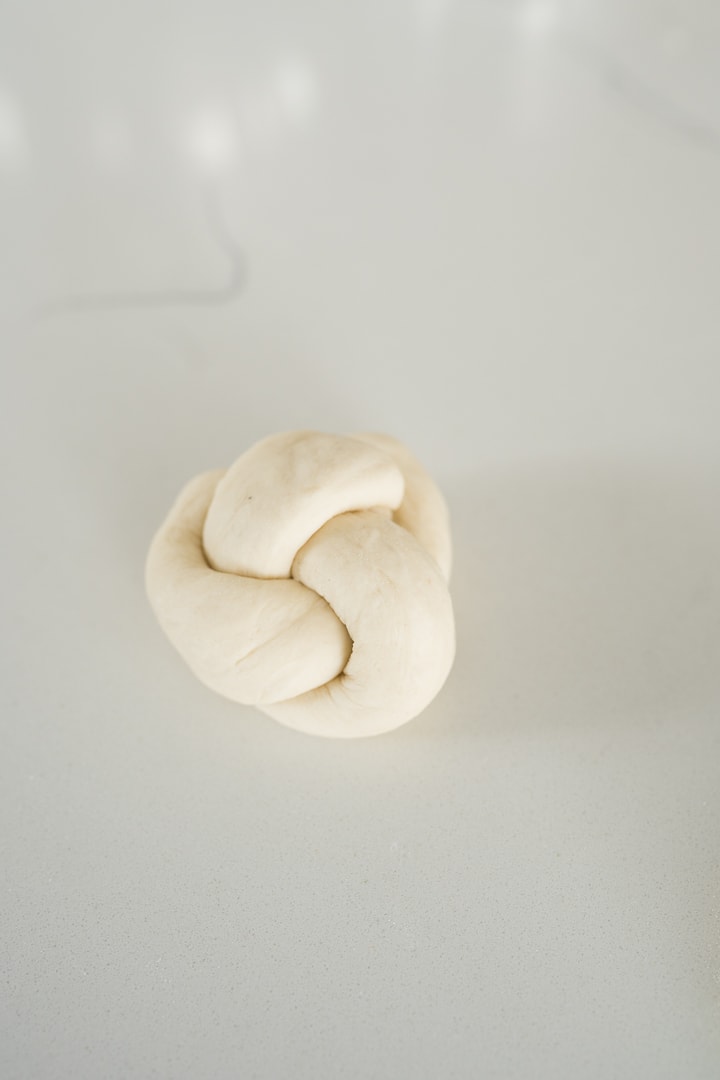 Again, this dough should be extremely easy to work with. If it is too sticky, knead a little bit more flour into it.

We will let these bad boys rest while our oven preheats. We will bake them and then hit them with a little melted butter and cinnamon and sugar when we pull them out!

How long do cinnamon knots last?

Because theses are homemade and do not have extra additives in them to make the dough stay fluffy for longer like most store bought items do, these are best eaten fresh out of the oven or within the first few hours.

If you are wanting to keep some for later, I suggest freezing the rolls as soon as they have completely cooled down. when you re ready to eat them, reheat them by placing in a 425° oven for 8-10 minutes

How can I change the cinnamon knots to a different flavor? 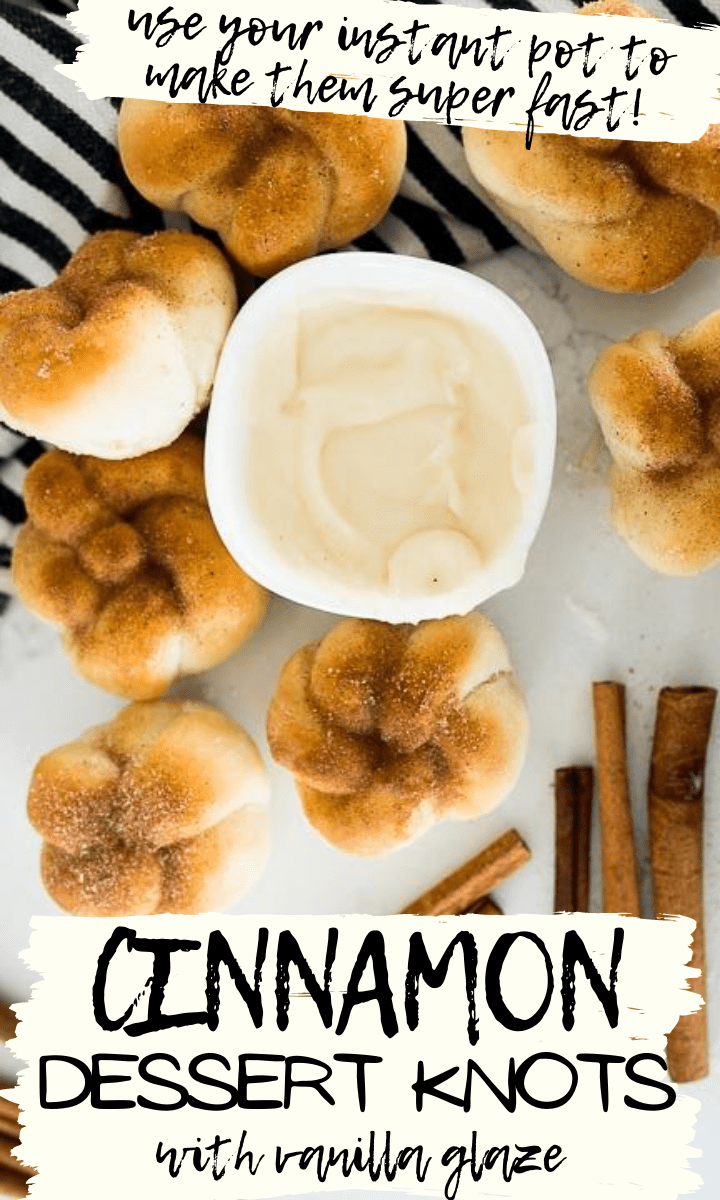 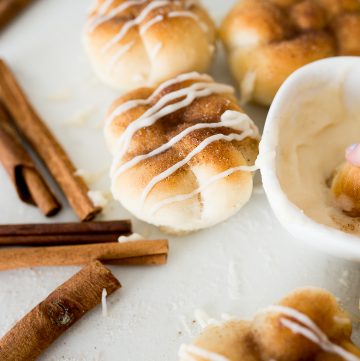 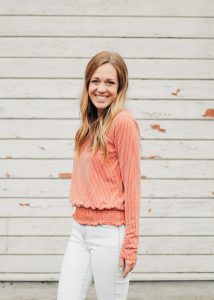