Instant Pot Skinny Alfredo is a healthier version of my famous Dump & Start Alfredo recipe. This healthy alternative is made with evaporated milk instead; NO HEAVY CREAM! Substituting evaporated milk for the heavy cream cuts the calorie and fat content by more than half making this a guilt-free, healthier Alfredo! 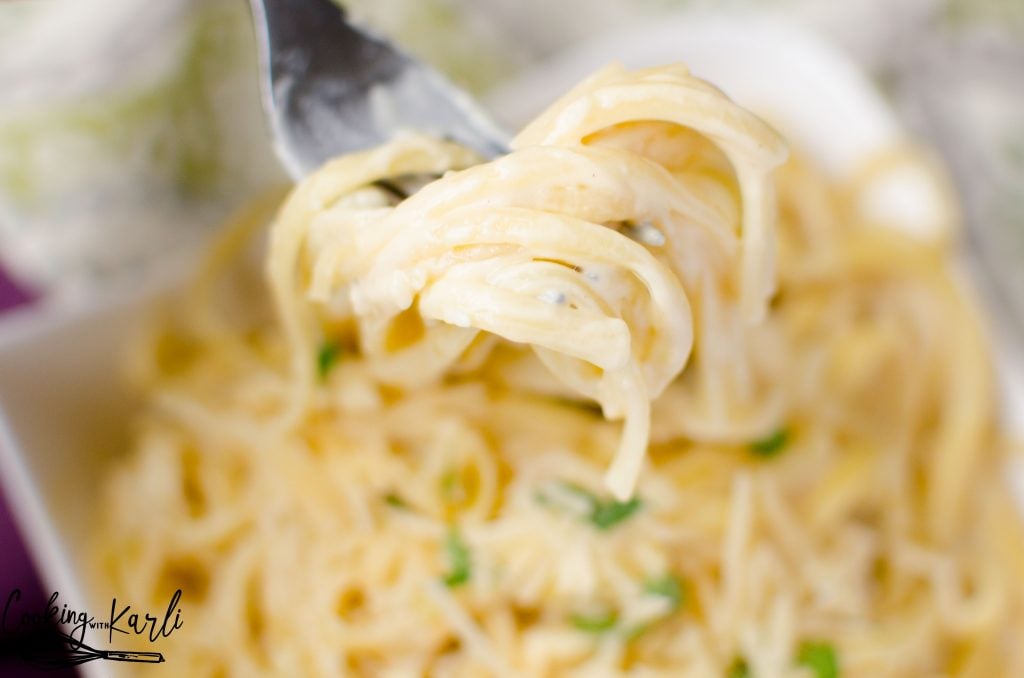 Instant Pot Skinny Alfredo is here for all of you who requested a lighter version of my famous Dump and Start Alfredo Recipe!  I tested quite a few different ways to substitute the heavy cream, and I’ve gotta say, this comes pretty dang close to the real thing!

If you are getting ready for swim suit season and trying to was as light as possible, this SKINNY version is 100% made for you! 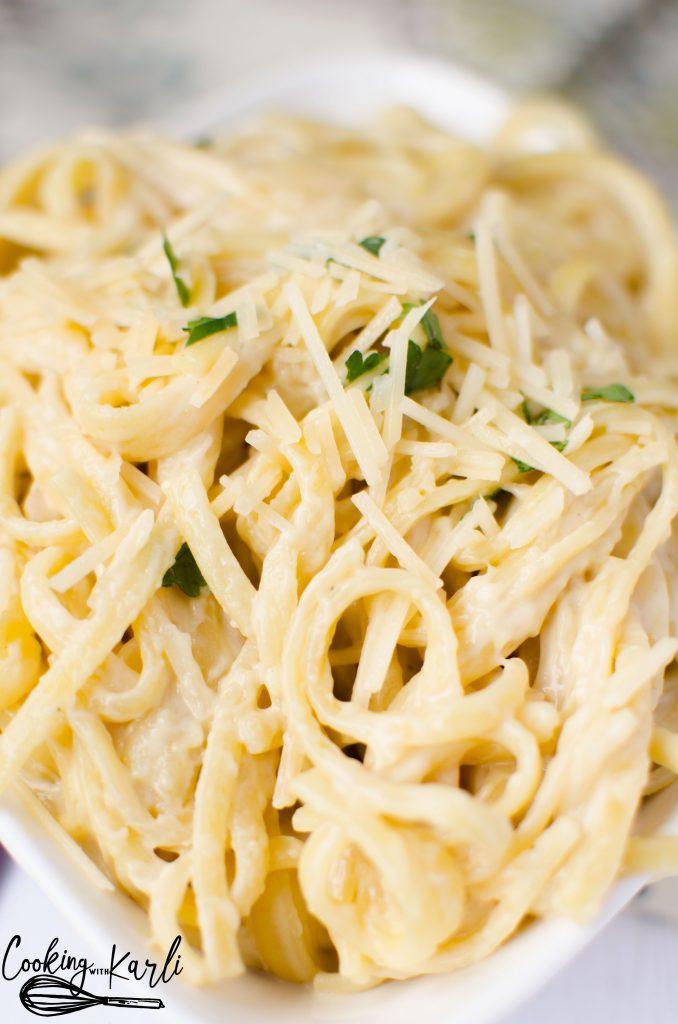 To make this healthier, evaporated milk is used instead of heavy whipping cream. It comes together a little bit differently than the original recipe though.

For this recipe, the noodles, seasonings and chicken broth cook together in the Instant Pot. The evaporated milk needs to be tempered before being added to the hot noodles and broth.

The tempering is done so the milk doesn’t curdle.  Turn the Instant Pot on saute LOW and gradually stir in the parmesan cheese until it melts and thickens the sauce. And there ya have it! SKINNY Alfredo! 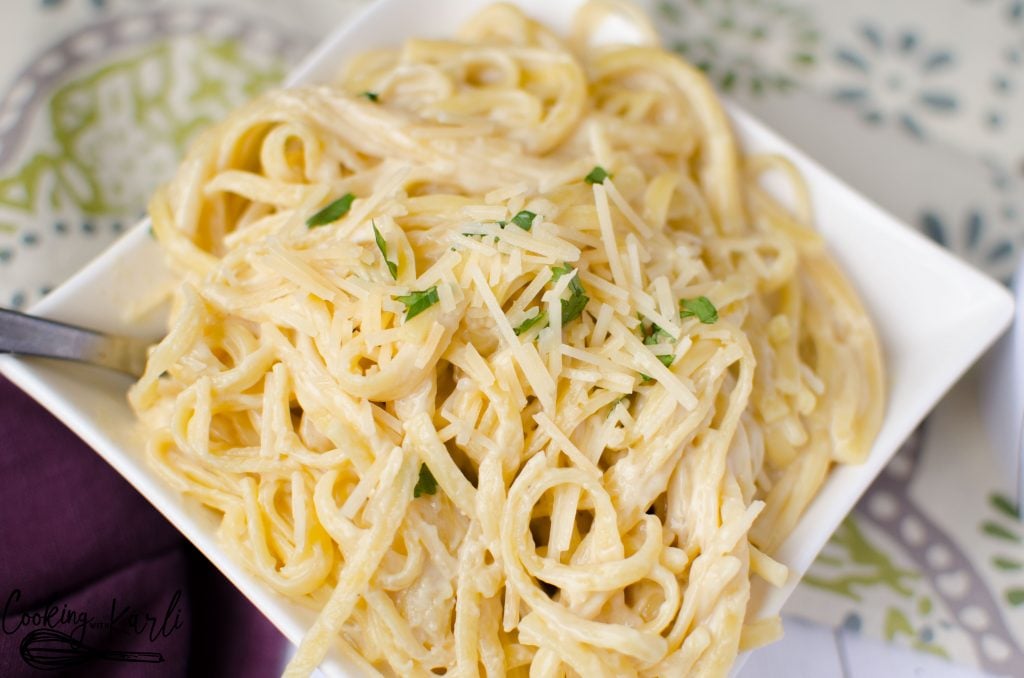 Instant Pot Skinny Alfredo is just as tasty as my famous Dump & Start recipe only without the heavy cream! Substituting evaporated milk for the heavy cream cuts the calorie and fat content by more than half making this a guilt-free meal!

Check out these other Tasty Recipes!

From unboxing to PRO in just 5 days!! Get comfortable with your Instant Pot, do the water test & GET COOKING!! Full Recipes and exclusive Q&A support included. 🙂

I wont send you spam, PROMISE! I hate it as much as you! After the 5 day course, I typically send 1 email per week. Unsubscribe at any time.

As an Amazon Associate and member of other affiliate programs, I earn from qualifying purchases. 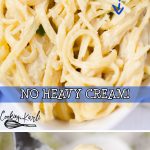 Follow me
Karli Bitner
This blog is a little glimpse into my kitchen, family & life. I hope you’ll giggle the days away with me and enjoy the craziness that goes on at my house. There isn’t ever a shortage of crazy. I can promise you that! Buckle up, keep your hand and legs inside at all times and enjoy the ride! 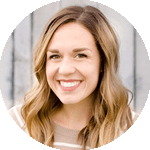 We wont send you spam. Unsubscribe at any time.